On 11 May 2019, at the Gala Dinner at CrimeFest, Bristol, Petrona Award judges Kat Hall and Sarah Ward announced the winner of the 2019 Petrona Award for the Best Scandinavian Crime Novel of the Year.

The winner is THE KATHARINA CODE by Jørn Lier Horst, translated from the Norwegian by Anne Bruce and published by Michael Joseph.

As well as the trophy, Jørn Lier Horst receives a pass to and a guaranteed panel at next year's CrimeFest.

The judges' statement on THE KATHARINA CODE: 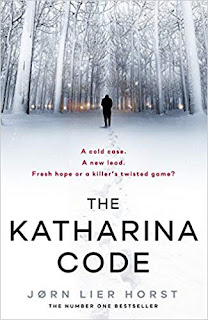 THE KATHARINA CODE is a twenty-year-old mystery and failure of justice that haunts its investigator. From the code’s intriguing introduction in the novel’s opening pages to the duel of wits at its end, Jørn Lier Horst has crafted an outstanding and thrilling police procedural. The judges were particularly impressed with how the author takes established tropes – the ‘cold case’, the longstanding suspect, the dogged nature of policework – and combines them in ways that are innovative and fresh. THE KATHARINA CODE is the seventh novel in Horst’s ‘William Wisting’ series to be superbly translated by Anne Bruce from Norwegian into English, and a highly worthy winner of the 2019 Petrona Award.

This is the second time that Jørn Lier Horst has received the Petrona Award: he first won in 2016 with THE CAVEMAN, translated by Anne Bruce and published by Sandstone Press. Both of the winning novels are from Horst's excellent 'Wisting' series.


The Petrona team would like to thank our sponsor, David Hicks, for his generous support of the 2019 Petrona Award. 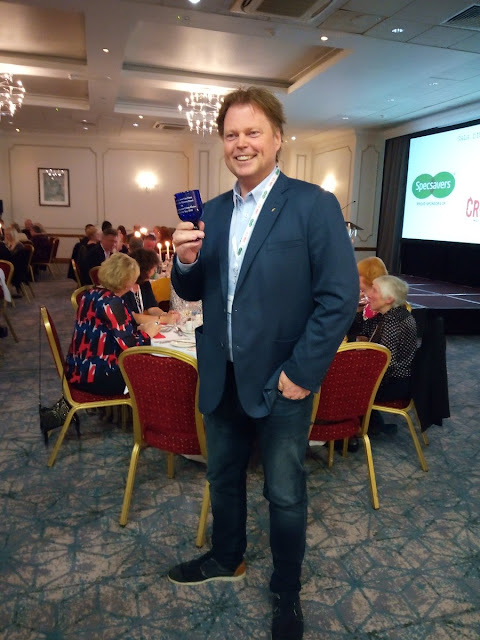 From the press release:

Outstanding crime fiction from Denmark, Iceland and Norway shortlisted for the 2019 Petrona Award


Six outstanding crime novels from Denmark, Iceland and Norway have been shortlisted for the 2019 Petrona Award for the Best Scandinavian Crime Novel of the Year, which is announced today.

There were 38 entries for the 2019 Petrona Award from six countries (Denmark, Finland, France, Iceland, Norway, Sweden). The novels were translated by 25 translators and submitted by 24 publishers/imprints. There were 14 female and 20 male authors, and two male-female writing duos.

This year’s Petrona Award shortlist sees Norway strongly represented with four novels; Denmark and Iceland each have one. The crime genres represented include the police procedural, the private investigator novel, psychological crime, literary crime and the thriller.

The Petrona Award judges faced a challenging but enjoyable decision-making process when drawing up the shortlist. The six novels selected by the judges stand out for their writing, characterisation, plotting, and overall quality. They are original and inventive, often pushing the boundaries of genre conventions, and tackle highly complex subjects such as mental health issues, the effects of social and emotional alienation, and failures of policing and justice.

Kjell Ola Dahl has achieved international acclaim for his ‘Oslo Detectives’ police procedural series, of which The Ice Swimmer is the latest instalment. When a dead man is found in the freezing waters of Oslo Harbour, Detective Lena Stigersand takes on the investigation while having to deal with some difficult personal issues. With the help of her trusted colleagues Gunnarstranda and Frølich, she digs deep into the case and uncovers possible links to the Norwegian establishment. Once again, Dahl has produced a tense and complex thriller, with his trademark close attention to social issues.

Winner of the prestigious Riverton Award and Glass Key Award for Nordic crime, Karin Fossum is a prolific talent. The Whisperer focuses on the case of Ragna Riegel, an unassuming woman with a complicated emotional history, who has recently been arrested. As Inspector Konrad Sejer delves into her psyche in the course of a claustrophobic interrogation, Fossum slowly reveals the events leading up to Ragna’s crime. This is a highly assured mix of police procedural and psychological thriller, which really gets to the heart of one woman’s mental turmoil, and how easy it is for an individual to become unmoored from society.

Jørn Lier Horst’s ‘William Wisting’ novels are distinguished by their excellent characterisation and strong plots. In The Katharina Code, a dormant investigation is reopened when police focus on a missing woman’s husband and his possible involvement in an earlier, apparently unconnected case. Wisting, who has long harboured doubts about the man’s innocence, becomes a somewhat unwilling participant in the surveillance operation. This finely plotted thriller with a strong sense of unresolved justice shows how Lier Horst is as comfortable writing about rural landscapes as urban settings.

In Ragnar Jónasson’s The Darkness, the first in the 'Hidden Iceland' trilogy, a Reykjavík policewoman on the brink of retirement looks into a final case – the death of Elena, a young Russian woman, which may mistakenly have been labelled a suicide. As much a portrait of its flawed investigator, Detective Inspector Hulda Hermannsdóttir, as of the investigation itself, the novel explores themes ranging from parental estrangement and the costs of emotional withdrawal to the precarious status of immigrants trying to make their way in a new land. The novel’s ending is bold and thought-provoking.

Ane Riel’s Resin is an ambitious literary crime novel with a remote Danish setting. Narrated mainly from the perspective of Liv, a young girl, it tells the story of three generations of one family, while exploring the complicated factors that can lead individuals to justify and commit murder. Other narrative voices – such as those of Liv’s mother and a neighbour – provide further nuance and depth. A moving meditation on the consequences of social isolation and misguided love, Resin is an innovative novel that offers its readers a keenly observed psychological portrait of a close-knit but dysfunctional family.

In this highly acclaimed, long-running series, former social worker turned private investigator Varg Veum solves complex crimes which often have a strong historic dimension. In Big Sister, Veum is surprised by the revelation that he has a half-sister, who asks him to look into the whereabouts of her missing goddaughter, a nineteen-year-old trainee nurse. Expertly plotted, with an unsettling, dark undertone, this novel digs deep into Veum’s family past to reveal old secrets and hurts, and is by turns an absorbing and exciting read.