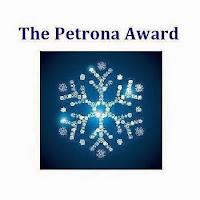 The judging panel for this year's Petrona Award has been announced. The judges will be meeting shortly to determine the shortlist which will be taken from this list.

We are very grateful for the continuing sponsorship by David Hicks.

The Petrona Award team would like to extend a warm welcome to our new judge, crime fiction expert and well-known blogger Raven Crime Reads. Raven has been a bookseller for 17 years and brings a wealth of critical expertise to the judging panel and we are delighted to welcome her on board.

Raven joins Dr Kat Hall and Sarah Ward on the judging panel for the 2019 Petrona Award.

Barry Forshaw, one of our founding judges, has stepped down to work on his magnum opus, Crime Fiction: A Reader’s Guide – which, he tells us, will have a large Nordic Noir section. We would like to thank Barry for his enormous contribution to our judging panels over the past five years, and for his help in making the Petrona Award such a success since its creation in 2013.