The 2015 Petrona Award winner is THE SILENCE OF THE SEA by Yrsa Sigurdardottir, translated by Victoria Cribb.


The trophy was presented by the Godmother of modern Scandinavian crime fiction, Maj Sjöwall, co-author with Per Wahlöö of the Martin Beck series. 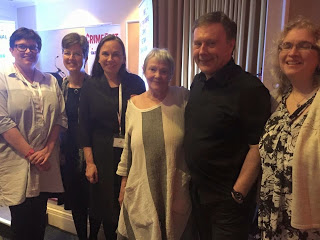 As well as the trophy, Yrsa Sigurdardottr will also receive a pass to and panel at next year's CrimeFest.

The shortlisted titles were: